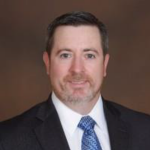 Cirtec is very pleased to announce that David Balcom has joined the company as Senior Vice President of Operations. In this new role, David will head up the global manufacturing and engineering organization and lead strategic initiatives to support continued growth.

David is an operationally-oriented business professional with over 16 years of leadership and management experience. Prior to joining Cirtec, David worked at Abbott where he spent the past ten years in various operating roles. Most recently he served as Divisional Vice President of Operations based out of Plano, TX, overseeing their neuromodulation operations.

Prior to Abbot, David proudly served over six years in the U.S. Army in a variety of leadership roles. He is a graduate of the United States Military Academy at West Point, NY where he earned his Bachelor of Science in Electrical Engineering. David went on to earn his MBA in Finance at the University of Colorado.